$1M penalty for misleading use of Google Ads

In the decision of ACCC v Employsure Pty Ltd [2021] FCAFC 142, the Full Federal Court held that Employsure Pty Ltd (Employsure) had engaged in misleading and deceptive conduct and made false or misleading representations in conveying ‘government affiliations’ through its advertising. Employsure was fined $1 million in relation to seven Google Ads, published over the period of August 2016 to August 2018, which were found to convey the false representations in contravention of sections 18, 29(1)(b) and 29(1)(h) of the Australian Consumer Law (ACL). The decision highlights the high level of vulnerability that Courts’ are prepared to attribute to the digital consumer and the fine line between leveraging strategic ad positioning and making false representations or affiliations in digital marketing strategies.

Section 18 of the ACL prohibits misleading and deceptive conduct in trade or commerce. Conduct is held to be misleading or deceptive, or likely to mislead or deceive, where, when viewed as a whole and in context, it has a sufficient tendency to lead a person into error, beyond mere confusion. The test is objective, meaning the conduct need not have actually misled anyone; the mere capacity to mislead being sufficient to base a claim. Further an intention to mislead need not be proven.

Breaches of section 18 are subject to actions for damages, court compensation orders and/or injunctive relief. Breaches of section 29 are subject to pecuniary penalties of up to $500,000, in the case of individuals, and the greater of: $10,000,000, 10% of the annual turnover in the preceding 12 months or 3 times the value of any benefit “reasonably attributable” to the conduct, in the case of a corporation.

The impugned conduct related to seven paid Google Ads that were created by, or at the direction of, Employsure to promote its employment-related services. As part of its search engine marketing strategy, Employsure had selected the keywords “fair work commission”, “fair work Australia”, “fair work”, “fwc” and “fair work ombudsman” to direct its advertising to its prospective customers, being business owners with employment-related issues. The keyword selection enabled Employsure to have its advertisements displayed whenever uses entered the relevant keywords in the Google search engine.

Each of the seven impugned Google Ads were generated following an internet search using the search terms: “fair work ombudsman”, “fair work Australia”, “fair work commission”, “Australia government fair work” or “Australia fair play”. A few of the Google Ads also displayed a phone number which allowed the consumers to call directly from the Google Ad, including by clicking on the link if using a smartphone.

The Federal Court initially dismissed the Australian Competition and Consumer Commission’s (ACCC’s) case against Employsure. However, the Full Federal Court upheld ACCC’s appeal and remitted the matter to the trial judge to consider the appropriate relief for breaches of section 29.

In order to assess whether conduct is misleading or deceptive, the Court must assess how the conduct would be perceived by ‘an ordinary or reasonable member of the target audience of the advertisements’. The trial judge relevantly identified the target audience of Employsure’s advertisement as “business owners who are employers and who search for employment-related advice on the internet”; a finding which was not disputed on appeal.

His Honour went on to dismiss the case against Employsure, citing a number of grounds which primarily included:

The Full Federal Court opened its judgement with two critical observations that largely substantiated the majority of its reasons.

Secondly, the Court, citing a well-established line of case law authority, reiterated that in relation to misleading representations in advertisements, readers will generally not study an advertisement closely but instead will read it fleetingly, giving it ‘perfunctory attention’ and only absorb the ‘general thrust’. It will often be the first impression that will be determinative of the representation conveyed. Each of the impugned Google Ads appeared as the first result on the page of search results and there was expert evidence given at trial that “the higher a website features in the search result, the more likely it is that it will be selected”. The Court accepted this evidence as a relevant consideration.

Amongst other reasons, on the basis of the two observations outlined above, the Court rejected the majority of the primary judges’ findings centered around the assumption that the ‘reasonable ordinary business owner’ would pay attention to the details (i.e. domain names, ad formatting and textual details) and distinguish any government affiliations.

The Full Federal Court upheld ACCC’s appeal finding that Employsure had engaged in misleading and deceptive conduct (s 18) and made false and misleading representations in relation to the ‘standard or quality’ of its services being that of a government agency as opposed to a private company (s 29(1)(b)), and making ‘government affiliation’ representations (s 29(1)(h)).

The decision highlights the extent of protection that Courts are willing to afford the new-age digital consumer against aggressive digital marketing strategies. The reluctance to impute a higher level of technological competence to the average consumer reflects the Courts’ continued commitment in protecting a broad range of consumers under the ACL.

Businesses must ensure that representations made in advertising accurately reflect the nature of the goods or services provided and that care be taken in using Google Ads. Particularly in digital marketing, businesses need to be aware of contextual factors that may create implicit misrepresentations through, for example, ad positioning capable of creating inferences of affiliations.

At Bryks Lawyers, we are experienced in advising on Australian Consumer Law and misleading and deceptive conduct matters.  Contact us today to see how we can assist you! 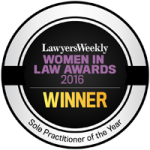 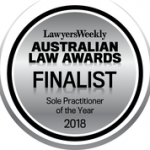 Subscribe to our News
Legal
© 2015-2022 Bryks. All rights reserved. Bryks refers to the Bryks group and/or one or more of its member firms, each of which is a separate legal entity. Liability limited by a scheme approved under Professional Standards Legislation. 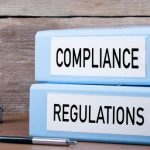