In the decision of ACCC v LG Electronics Australia Pty Ltd [2019] FCA 1456, the Federal Court has penalised LG Electronics Australia Pty Ltd (LG) $160,000 for falsely representing the Australian Consumer Law as set out in Schedule 2 of the Competition and Consumer Act 2010 (Cth) (ACL).  This follows the Court’s finding that LG breached sections 18 and 29(1)(m) of the ACL by making false representations to two consumers regarding their rights to remedies under the consumer guarantees in the ACL.  This decision reflects the outcome in ACCC v Jetstar Airways Pty Ltd [2019] FCA 797, where Jetstar Airways Pty Ltd (Jetstar) was ordered to pay $1.95 million for breaching the same sections of the ACL.

Conduct that breaches section 18 alone will not attract a pecuniary penalty although breaching the more specific prohibitions against false or misleading representations will attract penalties of up to $500,000 for individuals and for corporations the greater of: $10 million, three times the value of the benefit received, or 10% of annual turnover in preceding 12 months, if court cannot determine benefit obtained from the offence.

After the Federal Court initially dismissed the case against LG in the first instance, the Full Federal Court partially upheld the Australian Competition and Consumer Commission’s (ACCC’s) appeal and remitted the matter to the trial judge to consider the appropriate relief.

LG was found to have engaged in two instances of false or misleading conduct to consumers regarding their rights under the ACL of the 41 allegations made by the ACCC.

The contraventions of sections 18 and 29(1)(m) of the ACL occurred following the transition of LG’s call centre operations to the Philippines.  Both statements were made by low-level customer service agents in contravention of LG’s policies and procedures and were not authorised by senior LG personnel.  The representations were found to be “relatively isolated incidents” of human error that took place in a call centre that received thousands of calls each month.

The two consumers believed they had purchased faulty televisions and contacted LG representatives to address their concerns.  The relevant contraventions took place as follows:

These representations falsely claimed that the rights under LG’s manufacturer’s warranties were the only rights the consumers had if their televisions were faulty or defective.  This is incorrect as consumers also have rights under the consumer guarantees in the ACL which entitle a consumer to a range or remedies depending on the situation, including when a product is defective.  The consumer guarantees automatically apply regardless of any voluntary or extended warranty given by a seller or manufacturer of goods and services, or if such a warranty has expired.  A failure to meet one or more of the consumer guarantees entitles the consumer to a range of remedies including repair, replacement, refund or compensation depending on the circumstances.

The consequences for LG

A range of mitigating factors influenced the decision.  LG’s admittance to the error and its cooperation with the ACCC was recognised by the Court with a discount in determining the penalty.  Importantly, there was no finding of widespread or systematic behaviour in which LG mislead consumers, in the manner alleged by the ACCC.  The Court considered that a penalty of $160,000 is significant as the customers did not suffer any loss or damage as a result of the contraventions, nor did LG make any profit, or derive any benefit.

While the case involved only two contraventions, it serves as a reminder to businesses that making misleading statements to consumers regarding their rights under consumer guarantees may result in high penalties.  Setting a “per contravention” penalty has potentially significant ramifications in cases involving a high number of contraventions.

The decision of Jetstar

The decision of LG follows the recent decision of ACCC v Jetstar Airways Pty Ltd [2019] FCA 797, in which Jetstar similarly admitted to breaching sections 18 and 29(1)(m) of the ACL and was ordered to pay a pecuniary penalty in the amount of $1.95 million for misleading consumers.

In that case, during the period from 10 April 2017 to 13 March 2018, Jetstar made false and misleading representations to consumers that its flight services were not subject to any statutory guarantees or warranties, including consumer guarantees.  The representations were made on its website to the extent that Jetstar would not offer refunds for flights purchased by consumers unless they purchased a flight bundle at an extra cost.  At its discretion, Jetstar limited its liability to either supplying the services again or paying the cost of having the services supplied again.

Despite these representations, Jetstar’s flight services were subject to consumer guarantees which cannot be excluded, restricted or modified by contract and entitle consumers to a range of remedies should there be a failure by Jetstar to comply with a relevant consumer guarantee.

A number of factors contributed to the hefty penalty including:

Jetstar’s cooperation with the ACCC was recognised by the Court with a discount in determining the penalty.  The penalty serves as a warning to businesses to avoid making blanket ‘no refund’ statements as they mislead consumers into believing they are not entitled to consumer guarantees under the ACL.

These decisions reflect the ACCC’s commitment to crack down on businesses misleading consumers as to their remedies pursuant to the ACL.  We can expect that the ACCC will continue to impose penalties and pursue cases where businesses make false or misleading representations to consumers regarding their rights and remedies under consumer guarantees.

Businesses must ensure that the terms of their contracts, representations on their websites, their terms and conditions and other agreements do not exclude or misrepresent consumer guarantees.  Businesses should also ensure staff have adequate training and education so they are aware of the business’ obligations under the ACL and the consequences that may ensue from non-compliance.  For a summary of some of the rights and responsibilities retailer’s owe to consumers, read our article Australian Consumer Law: Retailer’s rights & responsibilities. 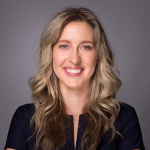 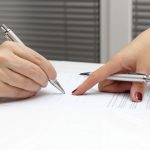 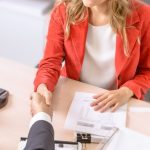