The Australian Competition and Consumer Commission (ACCC) has won its action against Thermomix In Australia Pty Ltd (Thermomix) after the Federal Court ruled that Thermomix knowingly kept safety issues relating to one of their appliances secret.  Thermomix was ordered to pay $4.6 million in penalties, plus costs.

It was held that Thermomix had made false and misleading representations and misled the public in an effort to conceal that Thermomix’s TM31 machine has a faulty lid.  The lids in question had a malfunctioning seal which caused hot food or liquid to escape from the bowl, giving several consumers severe burns.  The Court found that Thermomix knew of this risk from 7 July 2014 but still continued to promote and supply the faulty product until 6 September 2014.  After they ceased supplying the product, it still took another 2 weeks before Thermomix notified its customers that there may be an issue.  A voluntary recall notice was published by the ACCC on 7 October 2014, which meant concerned customers could replace the faulty grey lid seal with a new green one and issued a new set of safety instructions for the TM31 appliance.

The Court agreed with the ACCC’s assertions that by not quickly informing customers, Thermomix seriously contravened Australian Consumer Law (ACL) by knowingly exposing consumers to serious risk. In addition, Thermomix also misrepresented to customers that they were not entitled for refund or replacement when, under ACL, they were.  Thermomix even went so far as to assert to one customer that they would only provide a replacement or refund if the customer signed a non-disclosure agreement, which included a non-disparagement clause.

Due to a significant amount of press coverage related to the severe burns some consumers suffered, Thermomix issued a statement in 2016 through a third party which represented that there were no issues with the TM31 appliances, and that there had not been any recall for the product as it was completely safe.  Thermomix agreed with the Court that these representations were false and misleading, and that this statement undermined the purpose of the 2014 recall.   The parent company of Thermomix, Vorwerk Elektrowerke GmbH & Co KG (Vorwerk), was also found by the Court to have been complicit in Thermomix’s misleading and deceptive actions. In a press release from 11 April 2018, the ACCC said that they are ‘continuing to monitor the recall action and consumer reports’, making it clear that the ACCC remains sceptical of both Thermomix and Vorwerk as they prepare to undertake the mandated ACL compliance programs.

The Court also found that Thermomix failed to notify the ACCC of serious injuries caused by their TM31 appliances. As under ACL, a supplier, or supplier of product related services must notify the Minister of Competition and Consumer Affairs, via the ACCC, in writing within 2 days of becoming aware of a death or serious injury or illness caused by, or possibly caused by, a consumer good or product-related service.  However, the Court decided that this lack of proper notification was not deliberate but had arisen due to a lack of proper compliance policy and procedure implementation in the company.

The success of the mandated compliance programs, and the full extent of the damage caused by Thermomix machines remains to be seen and consumer sentiment seems to have turned against Thermomix, and by extension Vorwerk, thanks to the ACCC’s revelations.

Ford Motor Company of Australia Limited (Ford) has agreed to pay $10 million in penalties after the Full Federal Court endorsed an agreement between Ford and the ACCC.  The ACCC had taken Ford to court over its conduct towards owners of PowerShift transmission systems, as they believed the actions of Ford amounted to unconscionable conduct.  The $10 million penalty is one of the largest ever issued for such an infraction.

The ACCC alleged that consumers who bought Ford vehicles fitted with the systems between 1 May 2015 and 29 February 2016 were knowingly mislead by Ford’s customer service representatives.  Customers complained of various issues with cars fitted with the system, including excessive shuddering and noise, and a delay in acceleration and the Court held that Ford’s response was inadequate, unreasonably lengthy, and broke Australian Consumer Law (ACL).  The Court also heard that Ford lead some customers to believe that they were not entitled to refunds or no-cost replacements when under ACL they were in fact eligible for such remedies.

In a statement issued on 26 April 2018, Graeme Whickman, Ford’s current CEO & President, acknowledged the shortcomings of Ford’s response to the customer complaints.  He also recognised that Ford had not fulfilled its ACL obligations.  As part of the agreement between the ACCC and Ford to end the proceedings, Ford made an undertaking to complete a wide-reaching ACL compliance program and a consumer redress scheme both of which are due to last until at least 2021.

At Bryks Lawyers, we have extensive experience in dealing with the Competition and Consumer Act and the Australian Consumer Law. Contact our team today for help and advice with your Consumer Law challenges. 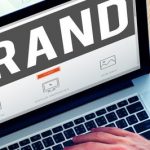 Beer Wars: was it a case of passing off? ‘Pacific Ale’ vs ‘Thunder Road Pacific’ 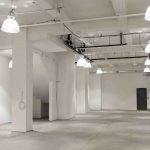